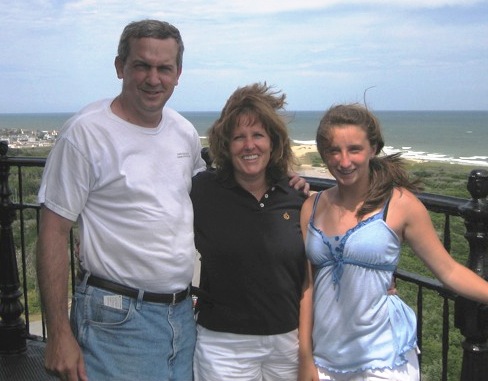 Thank you for visiting Basil Basics, a site about everything basil. The picture to the right is that of my wife, Janet, youngest daughter, Kimmy and me at the top of the Cape Hatteras Lighthouse. You may ask, why would anyone build a site about basil? Well, I cannot take full credit for this. It was actually the brainchild of a lady by the name of Tracy Alt. She actually started and built a good part of the Basil Basics but, due to other demands, decided to sell it. So, in May of 2010, she reached out to a friend and fellow website builder, Bill Coleman to see if he was interested in buying the site. Bill had just acquired another site and asked me if I would be interested.

I decided to take the plunge for several reasons. I was intrigued by a niche as tight as basil. How much can you say about basil? Turns out quite allot. Also, I thought Tracy had done a wonderful job with the site and that there was still room for expansion. But most importantly, and just like my other sites, I wanted to acquire the site because it brought back some happy memories. For me, at the end of the day, you must have a reason to want to "start a business". You must be very knowledgeable on the subject and/or must have a passion for the subject matter. I wanted a garden site, as that is something I always enjoyed doing. To have a site on basil relates to a happy childhood memory. 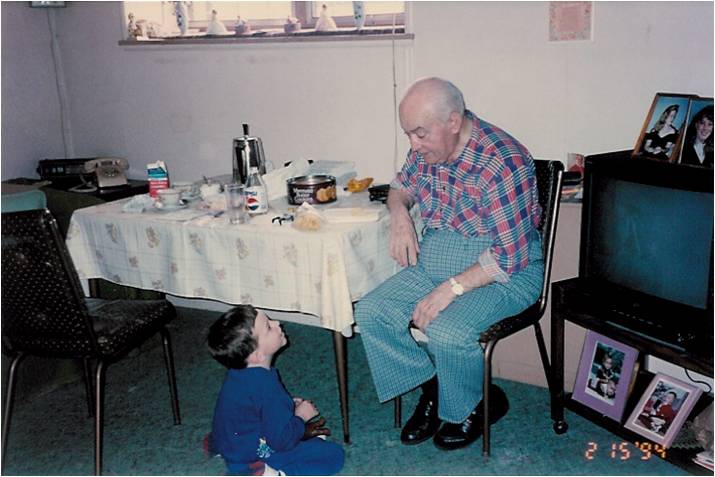 I grew up outside Philadelphia, PA; my father was of Italian decent, my mother Irish. I am sure many of you are familiar with the Italian tradition of a big Sunday meal; with multiple dishes and usually starting at 2:00 in the afternoon and ending when you are no longer able to move. My grandparents Spaventa lived in West Philadelphia in St. Donato's Parish. In Philadelphia, if you are Catholic (and in may cases even if you were not), you told people where you lived by what parish you lived in. Needless to say, St. Donato’s was very Italian. My Grandparents, Dan and Virginia, lived in a large row home on 65th and Vine, where there were no back yards unless you had not cemented a little patch of ground about four feet by six feet. My grandparent's neighbors, Charlie and Antoinette, had created the most amazing little garden with everything you can imagine growing in that little rectangle: tomatoes, peppers, other herbs, and, of course, sweet basil. 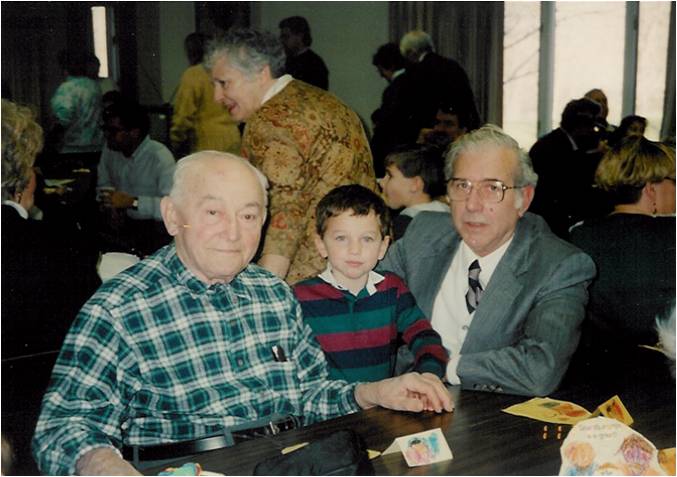 My grandparents and the neighbors were best of friends, but my grandfather, who was never lost for a good joke, would pretend like he was never allowed to touch anything out of the garden, especially the sweet basil. My brothers and I (there were four of us) would sit there riveted to the couch, as my grandfather, after making a big fuss how everyone had to be quiet, would "sneak out" to get some "bashinogole" (which he claimed was Italian for basil ... only to find out later that it was another example of his broken Italian) for the gravy. When he came back in, he was a hero claiming how the gravy would once again be fit for eating because of his huge victory. And we, being nine and under, totally bought it. Years later, we found out the truth, that they were great friends and he could have whatever he wanted from the garden, and had a good laugh, but all of us have created gardens at one time or another, with basil an important mainstay.

Throughout the site, you may find pages referring to "Sallie". Sallie Patterson is a former co-worker who has a passion for recipes and gardening and has agreed to contribute to the site. Make sure you search out Sallie's recipes. You won’t be disappointed.


P.S. Ever think about starting your own website? The key is having the passion about something, anything really, and you too can make a small business (yes, I said business) from something you enjoy doing. Check out this link to SiteSell.com to find out more information. Could be the best $299 you ever spent and next year this time you may be writing something similar on your About Us page.

P.P.S. We are pleased to announce that we have just added an additional site to the family, www.PracticalEtiquette.com, where you will find a wide range of topics from wedding preparation, to creating a respectful environment, to many other relevant topics. And, if you have a vexing problem, ask our etiquette expert, Ms Practical Etiquette, and she will be happy to provide you an answer.

Top of About Us

Let's hear from you! Leave me a comment in the box below.

Search Our
Family of Sites:

For All Your Shopping Needs

Use One; Add One

All Rights Reserved. No Reporduction without Permission﻿